By Radio moment with Omonaija July 08, 2019
Youri Tielemans has had a medical with Leicester City as his move from Monaco nears completion.
Sky Sports reports the 22 year old midfielder was in the Midlands over the weekend and the Foxes hope to finliase the move in time for him to join the squad on a pre-season training camp in France next week.
Leicester are expected to pay a fee of around £40 million which would set a new club record.

Arsenal are ready to meet the £27 million asking price for Saint-Etienne's highly-rated teenage defender William Saliba, reports The Sun.
Gunners' manager Unai Emery has been closely monitoring the 18 year old's progress and looks ready to beat off the competition.
St Etienne want Saliba to remain with them on loan in Ligue 1 next season as part of any deal.

Tyrone Mings is expected to complete his move to Aston Villa from Bournemouth today after an initial £20 million deal was agreed over the weekend.
The 26 year old defender spent the second half of last season on loan at Villa Park and helped them gain promotion through the play-offs.
Signing formalties are due to be finalised today . 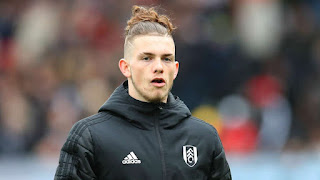 Liverpool have emerged as the frontrunners in the race to sign England U-17 star Harvey Elliot, according to the Telegraph.
The 16-year-old rejected a scholarship at boyhood club Fulham last month and is now expected to snub offers from a number of European clubs in order to join the Reds.
Elliot will not turn professional until his 17th birthday next April, but he has already been tipped for a bright future at the highest level. 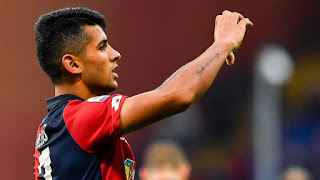 Genoa defender Cristian Romero is due to undergo a medical at Juventus ahead of a permanent transfer, according to Calcio Mercato.
The Bianconeri have identified the 21-year-old as one of the most promising players in Serie A, as new boss Maurizio Sarri aims to bring in a couple of extra reinforcements before the new season begins.
Romero contributed two goals and two assists in 27 Serie A appearances last term. 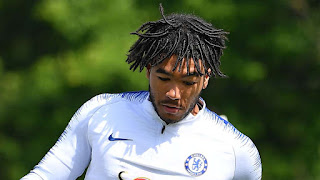 Chelsea full-back Reece James is the subject of interest from Crystal Palace, according to The Sun.
The Eagles want the 19-year-old to replace Aaron Wan-Bissaka, who completed a transfer to Manchester United last month.
James spent the 2018-19 campaign on loan at Wigan Athletic, racking up 45 Championship appearances in total.

The Sporting midfielder could be the latest arrival at Old Trafford
Manchester United are close to opening the bidding for Sporting star Bruno Fernandes, with an opening offer of €55 million (£49m/$61m) being reported by Correio de Manha.
The 24-year-old Portugal international is said to have his heart set on a move to Old Trafford, but his club are expected to hold out for a fee closer to €70m.