Rafa Benitez wants West Brom striker Salomon Rondon to follow him to China and join his new club Dalian Yifang, according to the Daily Mail.
The 29-year-old enjoyed a fruitful season under Benitez at Newcastle United last term, and the Spanish boss now wants to make the Venezuelan one of his first signings in his new role.

Danny Rose one of eight Tottenham players 'not needed' at the club. 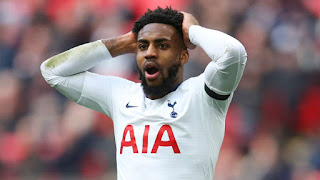 England full-back Danny Rose is one of eight Tottenham players deemed surplus to requirements at the club this summer, according to the Daily Mail.
The report claims Rose's name is on a list being circulated around other clubs alongside Kieran Trippier, Serge Aurier, Victor Wanyama, Vincent Janssen, Cameron Carter-Vickers, Josh Onomah and Marcus Edwards.
It is thought Spurs chairman Daniel Levy is raising funds to finance the club's new stadium as well as Mauricio Pochettino's squad rebuild.

Newcastle United are readying a bid to install former Watford boss Quique Sanchez Flores into the St. James' Park hot seat.
The Magpies are in the market for a new manager following the recent departure of Rafa Benitez, and according to the Daily Star, the Spaniard is set to be approached after the job was turned down by the likes of Arsene Wenger, Patrick Vieira and Roberto Martinez.

Ruben Loftus-Cheek has signed a new five-year contract at Chelsea worth £120,000-a-week.
He told the club’s official website of the fresh terms: “I’m really happy and pleased that I get to stay here for another five years. It’s the place where I’ve grown up playing and hopefully I’ll be playing here for a lot longer.

Crystal Palace forward Wilfried Zaha has spoken out about his alleged transfer to Arsenal, and taken to Twitter to ask: "Whatever happened to speaking facts?"
The 26-year-old has been the subject of much speculation this summer, with the Gunners reported to have bid £40m for the former Manchester United man - an offer that was firmly rejected, according to the Independent.
When asked to clarify his immediate future, Zaha said: “I don't know. We'll see in the future.

Dani Alves awaiting approach from Barca before deciding his future.

Former Juventus and Paris Saint-Germain right-back Dani Alves is hoping to have his domestic situation resolved by July 20, and has not ruled out a return to Barcelona, according to esporte.
The free agent, who is preparing to captain Brazilin the Maracana against Peru in Sunday’s Copa America final, is understood to have a formal offer from Inter on the table.
However, the 36-year-old is also attracting widespread interest in Spain, and may wait for the likes of Barca and Atletico Madrid to enter into negotiations for his services.

Edson Alvarez set for move to Europe amid West Ham and Ajax interest. 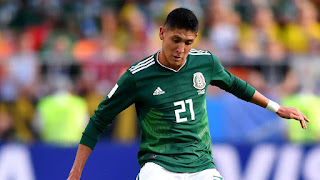 Mexican defender Edson Alvarez looks set to begin a new chapter in his career away from his homeland, with both West Ham United and Ajaxcredited with an interest in the 21-year-old.
A report from FutbolTotal suggests the Club America star's departure is "imminent", with the Mexico international also attracting the attention of Wolverhampton Wanderers.
It is thought his prefered destination is England, with sources close to the player claiming he has his heart set on a move to the Premier League.

Serie A side demand €100m for star player
Manchester Untied have entered negotiations with Lazio for Sergej Milinkovic-Savic, according to Mediaset.
The Red Devils are in the market for a new midfielder as they look set to lose Paul Pogba to Real Madrid.
United tried to sign Milinkovic-Savic last year but Lazio held on to their star man and are holding out for €100 million (£90m/$112m) this summer. But Lazio's sporting director Igli Tare is in London this week discussing a potential move with the Premier League outfit.

Real Madrid offer €80m plus Bale or Isco for Pogba.

Spanish giants remain determined to land France star
Real Madrid have told Manchester United they are willing to offer €80 million (£72m/$90m) plus either Isco or Gareth Bale in exchange for Paul Pogba, according to Mundo Deportivo.
The France star wants to leave Old Trafford this summer and Madrid are in pole position to sign him.
United are holding out for around €180m (£161m/$202m), but the Spanish side are hoping to cut that down by offering to send one of their players to England in return.

Everton have committed 18-year-old striker Korede Adedoyin to a professional contract.
The Nigerian has impressed in Premier League 2 for the Toffees' Under 18 team, helping them to a third-place finish last season.
“I’m so happy to sign this contract,” he told the club's website. “I am very grateful to all the Academy coaches who have helped me become who I am today.

AC Milan have completed the €20 million (£18m/$22.5m) signing of Real Madridleft-back Theo Hernandez.
After an impressive season on loan at Real Sociedad, the defender has switched to the San Siro outfit on loan before making it a permanent deal next year. 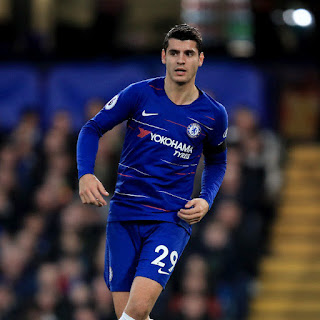 Chelsea have agreed terms with Atletico Madrid regarding the permanent sale of Alvaro Morata to the Liga giants.
The Spain international finished the 2018-19 campaign on loan at Wanda Metropolitano.
He made no secret of his desire to stay on in the Spanish capital as that initial agreement came to a close.

Former Manchester United boss Sir Alex Ferguson has told the club that they must sign Harry Maguire this summer.
The Leicester City star has been one of the Red Devils' top transfer targets but had their first offer for him rejected.
And Manchester Evening News says the iconic manager has told the club to continue their pursuit of the England international, insisting they must land him at all costs.