Transfer: Koulibaly to remain at Napoli

By Radio moment with Omonaija July 07, 2019
Italian journalist Aurelio Capaldi has claimed Napoli’s Kalidou Koulibaly has no plans to leave the club this summer, despite interest from Manchester United.
“I think Koulibaly is a player who has a lot of ambition, but he’s used to living in Napoli,” Capaldi told the Transfer Window Podcast.
“Of course Manchester United is a big name, very attractive name, but now I think Koulibaly’s aim is the big challenge - he wants to win an Italian title with Napoli. So for at least the next season he’s going to stay.” 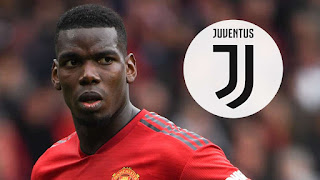 Juventus are ready to offer £120 million (£150m) for Manchester United star Paul Pogba.
The Frenchman has been linked with a move away from Old Trafford all summer, but the Times claim Juve are willing to part with significant money to sign their former midfielder.
However, United are prepared to reject such a huge offer for the Frenchman, while Real Madridalso remain keen to sign Pogba.

Everton are hoping to sign Manchester Citymidfielder Fabian Delph, and are willing to part with £16 million ($20m) to secure his services.
The Sun claim Delph’s desire to remain on Gareth Southgate’s radar ahead of next summer’s Euro 2020 is paramount in his wish to leave the Etihad.
Turkish side Galatasaray are also interested in Delph, but he would prefer to remain in the Premier League.

Jose Mourinho rejected a £88 million ($110) offer to manage in China, according to Sky Sports.
The reported deal, worth an estimated £28 million ($35m) a year with bonuses, was made by Guangzhou Evergrande and is believed to be biggest ever offer made to a manager.
However, Mourinho rejected the chance to work in China as he believes his next managerial move will be to a European side.

Frank Lampard has insisted Chelsea winger Callum Hudson-Odoi is ‘central’ to his plans at Stamford Bridge.
“He [Hudson-Odoi] is going to be central for us on the pitch and that is the opportunity that is really in front of him now,” said Lampard . “So that’s what I will speak to him about and I hope he stays.
“I am not going say things that are pie in the sky. I am not going to say: ‘This is all going to be your way’. But knowing his talent he can be central to this team, he can be central to an England team.”

Ben Davies is close to agreeing a new long-term deal with Tottenham.
The Daily Mail are reporting that Spurs are willing to sell fellow defender Danny Rose, leaving Davies as the club’s first-choice left-back.
As a result, Mauricio Pochettino hopes to tie the Welsh international down to a new contract with the club, and Davies is close to signing a five-year deal with the north London side.

Burnley are prepared to bid £15 million ($19m) for Chelsea centre-back Fikayo Tomori.
The Daily Star claim Clarets boss Sean Dyche was impressed with the youngster during his spell at Derby County last year, and with Tomori rumoured to be surplus to requirements at the Bridge, Burnley could try and lure the defender to Turf Moor.

Rooney: Sancho should stay at Dortmund.

Wayne Rooney has warned Jadon Sancho that remaining at Dortmund could be in his best interests, as speculation continues to grow that the winger is a transfer target for Manchester United.
"Dortmund is a great club with great fans, they trust their young players and you can see that in Sancho and the progress he has made in the last 12 months,” Rooney told German outlet, Bild.
"Now Jadon has to ask himself whether he would get the playing time he gets in Dortmund when he moves to England, or would he just sit on the bench?
“Playing time is so important for a young player like Jadon, so if he gets the most playing time in Dortmund, he should stay there."
Location: Lagos, Nigeria