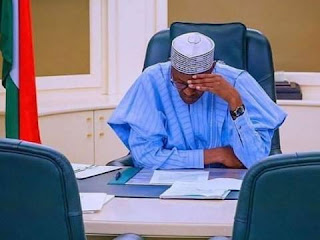 The Presidency has described as rubbish the flood of criticisms by prominent Nigerians against the way the Muhammadu Buhari administration is handing the security situation in the country.
Senior Special Assistant on Media to the President, Mallam Garba Shehu who spoke on Channels Television’s Politics Today, monitored by THISDAY in Lagos yesterday insisted that the federal government has made tremendous advancement in improving the security situation in the country, noting that the administration has driven away Boko Haram out to a strip of land outside the country and is facing other security challenges that have come up since 2015.
“Let me say to you that the criticism is very unfair to the military gentleman who fought for this country to remain one, a gentleman who is a father and grandfather. President Muhammadu Buhari is on top of the challenges but people have brought politics into everything in this country. There is political Boko Haram. People make political capital out of everything at the expense of the unity of the country.
“Security challenges had been present before the present administration took over. We have our own security challenges and we are dealing with it as decisively as we can, but the security challenges keep on changing. It is a dynamic situation. In the past Boko Haram committed a lot of atrocities in this country. People could not go to church or mosque in some places in this country and hundreds were displaced and somebody would sit in the comfort of his parlour and say we are doing nothing. That is absolute rubbish,” Shehu said.
The presidential spokesman said that government might not continue to tolerate the violent protest of the Muslim religious sect, Shiites, which has protested severally at the National Assembly and noted that government has offered olive branch to the sect and expected them to seize the moment, adding that if they continue the violent protest the army and police may be ordered to crush them.
“If the Shiites have read our statement correctly they would have seen an olive branch from that statement. What did the government say? That we are still open to dialogue and we are going to abide by the adjudication by the court of law. The Attorney General of the Federation said government no longer has a hand in the case. We expect them to concentrate their energy on the ongoing case in Kaduna. We cannot continue to tolerate the idea of sending women and young kids and use them to disrupt the activities of President Muhammadu Buhari and other leaders in this country. They think that will take them somewhere? No. They have to sit down and think about the best thing for themselves.”

“We have the capability to use force and overcome the violent protest of the Shiites. They should not push government to the wall. Persuasion is being employed and they should see that this is an administration that believes in dialogue. So, they should use the opportunity and seize the moment. If they decide otherwise and want to continue attacking the National Assembly and they think that the army and police are meek or powerless. They should not test the might of government,” he said.
On the call by prominent Nigerians for President Buhari to rejig the security architecture in the country, the presidential spokesman said that government was willing to listen to those that have new ideas.
Reacting to the call for a conference to deliberate on the restructuring of the country,  Shehu said that such call was spurious because there is existing National Assembly which has the power to deliberate on such issues and therefore there is no need to establish another assembly and called for those interested on restructuring to send their memo to the National Assembly.