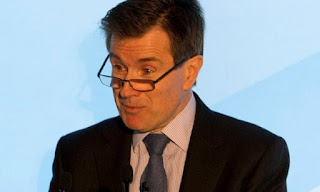 The UK is going through a “political nervous breakdown”, with the Brexit debate stirring anxiety in Whitehall, a former MI6 chief has claimed.
Sir John Sawers said the Brexit debate had left the country bitterly divided and damaged the UK’s global reputation.
Sawers told BBC Radio 4’s Today programme: “We are going through a political nervous breakdown here in the UK. We have potential prime ministers being elected by the Conservative party now, [and] in the shape of the leader of the opposition, who do not have the standing that we have become used to in our top leadership.
“Whether people can develop that when they become prime minister, we will have to wait and see, in terms of the candidates for the Conservative leadership.


“But I think there is a lot of anxiety. As we leave the European Union we take a huge risk to our international standing, to the strength of the British economy.
The former spymaster said it was not surprising that “the people who have devoted themselves to serving the interests of this country” are concerned about the direction the country is heading in.
Iain Duncan Smith, the former Tory leader and chairman of Boris Johnson’s leadership campaign, hit back at Sawers’ remarks that the country was struggling with a political and emotional crisis.
Actually, I think he might be going through a political nervous breakdown,” Smith told the Today programme. “I’m certainly not going through one and I don’t think my party is either, to be honest with you.”
Smith described Sawers’s comments as anti-democratic, saying: “The reality is that the expression of democracy may well frighten him slightly.”
Smith said he disagreed with the argument that Britain’s membership to the EU should not have been put on a public ballot.
“The truth is the British people were asked a very serious question and this whole leadership election comes down to a simple factor, we have not delivered on what they asked for so the decision that the membership take is who will now deliver on it by 31 October.”