The king of south, Yung6ix who does not fail to drop heavy doses of punch line, recently released a new single titled The man.

The controversial rapper who came into the limelight after his impressive Oleku cover , his song Follow Me featuring Wizkid and back to back decent rap singles still remains relevant in the music industry.

The hip-hop star  unwrapped new promo photos ahead of the release of his sophomore album and  is reportedly working on the album's lead single which reportedly features Davido. He and his dread locks looked very stylish in this shoot from the vintage look which consists of a blue blazer, black pants and a scarf to a 'Street themed' look consisting of a fisherman's hat, white shirt, black pair of jeans with a pair of sneakers and bandana with is a similar style of popular international rappers like Lil wayne, Ty Dolla Sign and so on. He finished off the looks with gold chains, a gold wrist watch, bracelet and shades. 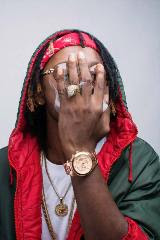 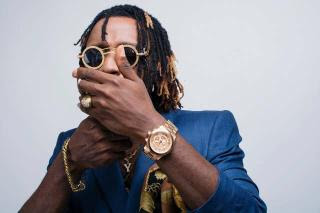 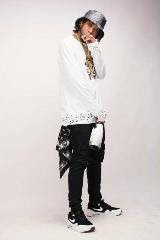